The Velseis Research and Development division provides technical support to regular acquisition, processing and interpretation programs. In addition, the company is currently engaged in a number of seismic research and development projects in an effort to advance the field geophysics and gain higher resolution imagery.

Velseis has recently completed its second Australian Coal Association Research Program (ACARP) project into converted-wave seismology for coal exploration. Over the past three years Velseis has conducted a number of experiments to utilise shallow, high-resolution multi-component seismic data and converted-wave technology to image coal seams in the Bowen Basin, Australia. Summaries of ACARP reports, and other overview publications are available here.

Initial research has been conducted that focused on the modification of field acquisition equipment, and the development and evaluation of a range of converted-wave processing algorithms and vector-wavefield analysis techniques. Research results have demonstrated that converted-wave imagery is viable in the shallow environment. To date, three field trials have demonstrated that converted-wave imaging is competitive for structural imaging, and two field trials have demonstrated significant advantage in imaging very shallow coal seams with converted waves. A converted-wave trial in a multi-seam environment has illustrated the potential of integrated P/PS imagery for extracting lithological information away from boreholes. On-going research is exploring ways in which integrated P/PS interpretation can extend knowledge of sub-surface lithology and other stratigraphic features ahead of longwall mining operations. 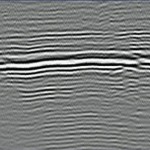 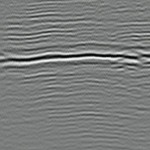 Processing approaches, which may be routine in conventional petroleum-scale reflection, are not always directly applicable in the high-resolution environment. Coal geologies, for example, are often characterised by a small number of strong reflecting horizons. This geology may violate the assumptions of conventional predictive deconvolution. Velseis is investigating a variety of alternative model-based deconvolution schemes which provide enhanced image definition via tuning of the deconvolution assumptions to better suit specific geological situations.