Congratulation to Velseis’ Shaun Strong, who is the winner and the recipient of the Shanti Rajagopalan Memorial Award for 2018.
The Shanti Rajagopalan Memorial Award, which inaugurated in 2013, is presented for the best paper published by a Student Member in Exploration Geophysics in the period prior to each ASEG Conference.
The award was granted for Shaun’s paper co-authored with Steve Hearn entitled ‘Statics correction methods for 3D converted-wave seismic reflection’. The paper was published in Exploration Geophysics, Vol. 48, pp. 237–245.

Shaun completed his PhD at Queensland University in December 2016. He has been working with Velseis since 2004 as a geophysicist and currently has responsibilities in both the research and acquisition departments.

The award is named in memory of the late Dr Shanti Rajagopalan, who passed away in 2010 at the prime of her career. Shanti was one of the best known and respected members of the ASEG, and was well known for her outstanding contributions to the geophysical profession. Shanti was also a major contributor to the ASEG. She was a great supporter of her local branch, served as Victorian Branch President, and was actively involved in the organisation of ASEG conferences in Hobart and  Melbourne. She was also Editor of Exploration Geophysics in 2000 and 2001. 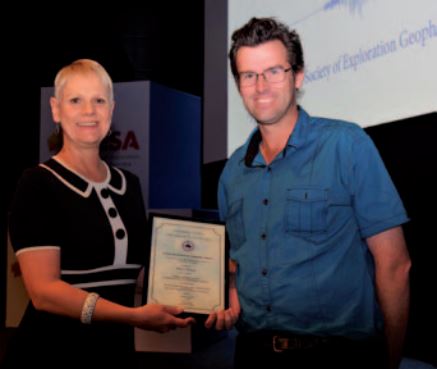 Velseis representatives would be pleased to discuss the capabilities of this Vibroseis unit and any of our other services, in greater detail.

Since the early 1980’s Velseis Pty Ltd has been at the forefront of providing high quality seismic services to the Australian resource industry. Today, Velseis continues this legacy and is proud to provide a fully integrated suite of seismic services, including survey design, seismic surveying, Vibroseis, Mini-SOSIE, shot-hole drilling and preloading, data acquisition, processing and interpretation. 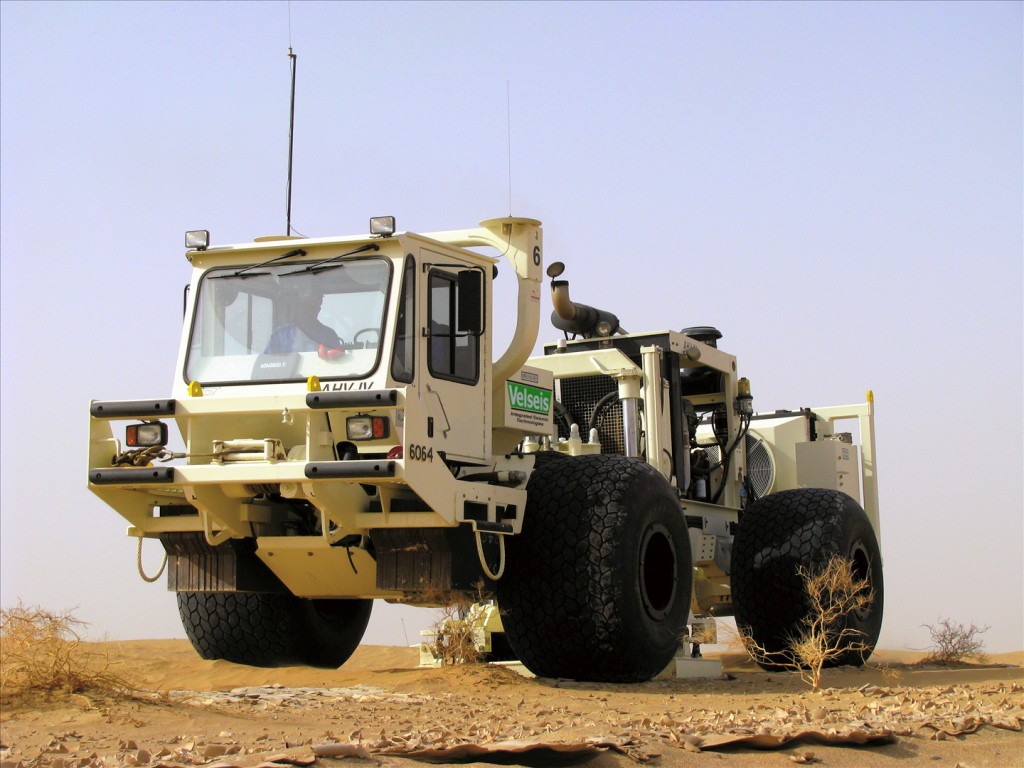 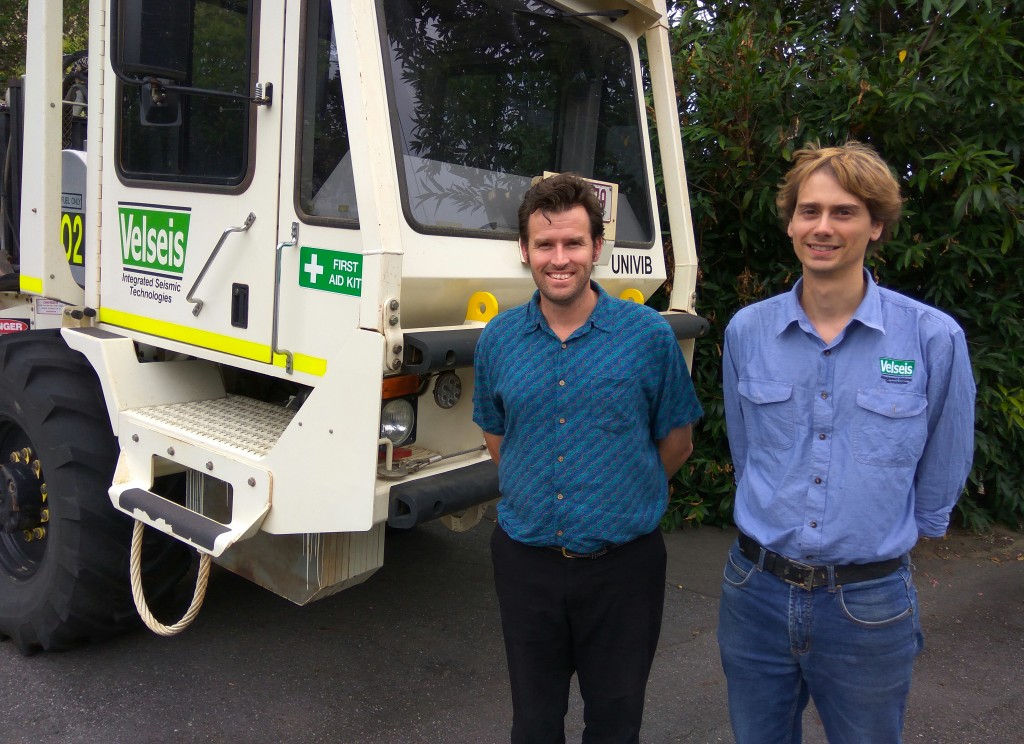 Congratulations to Shaun Strong and Alan Meulenbroek on the successful completion of their PhD and Masters Degree respectively. We are very pleased to have such talented geophysicists working in our research, acquisition, and processing departments. 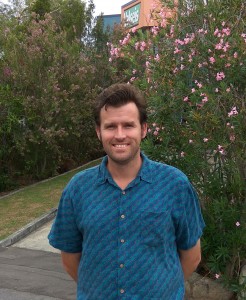 Shaun Strong graduated from University of Queensland with a first-class honours degree in geophysics (B.Sc.(Hons)) in 2003. After a short period doing gravity acquisition, he joined Velseis, working in production data processing and more recently R&D. Currently, his primary focus is on multicomponent research, including acquisition, data processing, algorithm development, and interpretation.

This research has demonstrated that achieving good PS resolution is challenging, and requires careful consideration of multiple factors in the design, acquisition and processing chain. Of particular interest are the methods used to corrected for near-surface statics and complex velocities. The range of methodologies demonstrated here will further advance the practical application of PS reflection at the coal scale.” 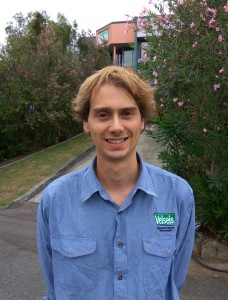 Alan Meulenbroek graduated from the University of Queensland in 2006 with a Bachelor of Applied Science in Geophysics with first class honours.  Since then, he has been employed at Velseis, undertaking various field roles ranging from juggie, to line-boss and observer for 2D crews.  During that time, he also worked in the R&D department with research focusing on multicomponent seismic and geophysical inversion.  Since late 2015, Alan has worked in Velseis Processing as a data processor and interpreter for 2D and 3D data.

In 2016 he obtained his master’s degree from UQ with a thesis titled “Inversion of seismic refraction amplitudes for near-surface velocity control”.

Knowledge of near-surface seismic velocities is important for processing deeper seismic imagery, and also for geotechnical purposes. This thesis examines a novel approach for estimating velocities via analysis of refraction amplitudes. Theory suggests that head-wave amplitudes depend on factors including velocities above and below the refractor. This study demonstrates least-squares inversion of observed refraction amplitudes, aimed at separating the causal parameters. This leads to estimation of P-wave velocity in the layer above the refractor.  Analysis of synthetic and real data indicates that the inversion methodology is viable.  The practical evaluation clearly indicates that in reality observed refraction amplitudes are strongly influenced by factors not included in classical theoretical models.

On Friday 22nd of March Steve Hearn acknowledged the hard work and dedication of these long serving staff members:

Well done to all.

Oil and Gas Conferences for 2013

You can now follow updates from Velseis in your Twitter feed. Just click on the Twitter icon we have added to the top right corner of our website. A new tab will open in your browser and you will be taken to https://twitter.com/velseis

Since the early 80’s Velseis Pty Ltd has been at the forefront of the provision of seismic services to the Australian resource industry. Today the company prides itself on providing a fully integrated suite of seismic technologies, including survey design, drilling, acquisition, data processing and interpretation.

As one part of this diversity, Velseis is able to offer its clients a range of industry accepted seismic sources, including Explosives, Mini-SOSIE and Vibroseis. These provide the means to optimise each survey in terms of geophysical, logistical, environmental and economic objectives.

With an expanding seam gas market and recognising the need to produce
reliable coal seam imagery at deeper levels, in 2008 Velseis introduced the
EnviroVibe into the Australian seismic market. Despite being a medium weight
(8 tonne) Vibroseis unit, it provides high-quality deep imagery. A major attraction is that this can be achieved very safely, and with a reduced environmental footprint.

In another Australian first, Velseis is now pleased to announce the introduction of the UNIVIB to complement its suite of seismic sources. As with the EnviroVibe, the build of the UNIVIB satisfies the requirements to acquire seismic data safely, and in an environmentally considerate manner. What sets this unit apart, is that the hold-down mass can be increased to 12 tonnes, particularly suited for deeper targets. The UNIVIB has the ability to sweep over a very wide frequency range (1-475Hz), making it attractive for a range of applications, from shallow high-resolution coal reflection through to deeper gas and petroleum
targets.

A data sheet has been attached for the UNIVIB, and Velseis representatives
would be pleased to discuss the capabilities of the UNIVIB in greater detail. 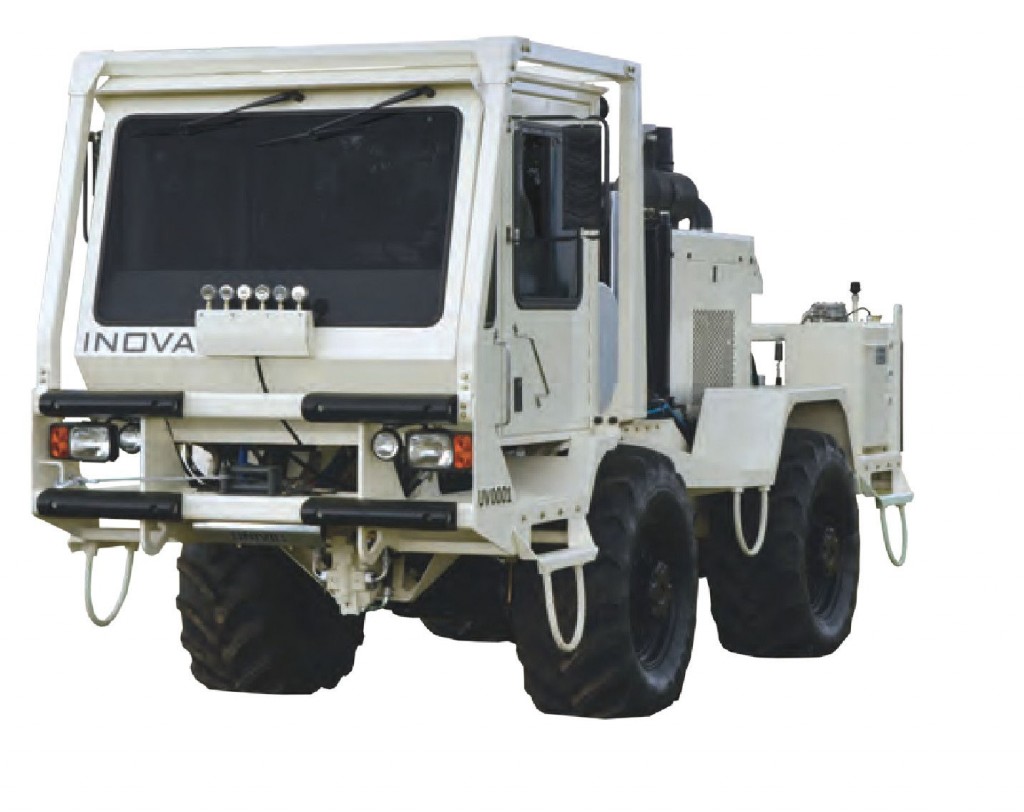 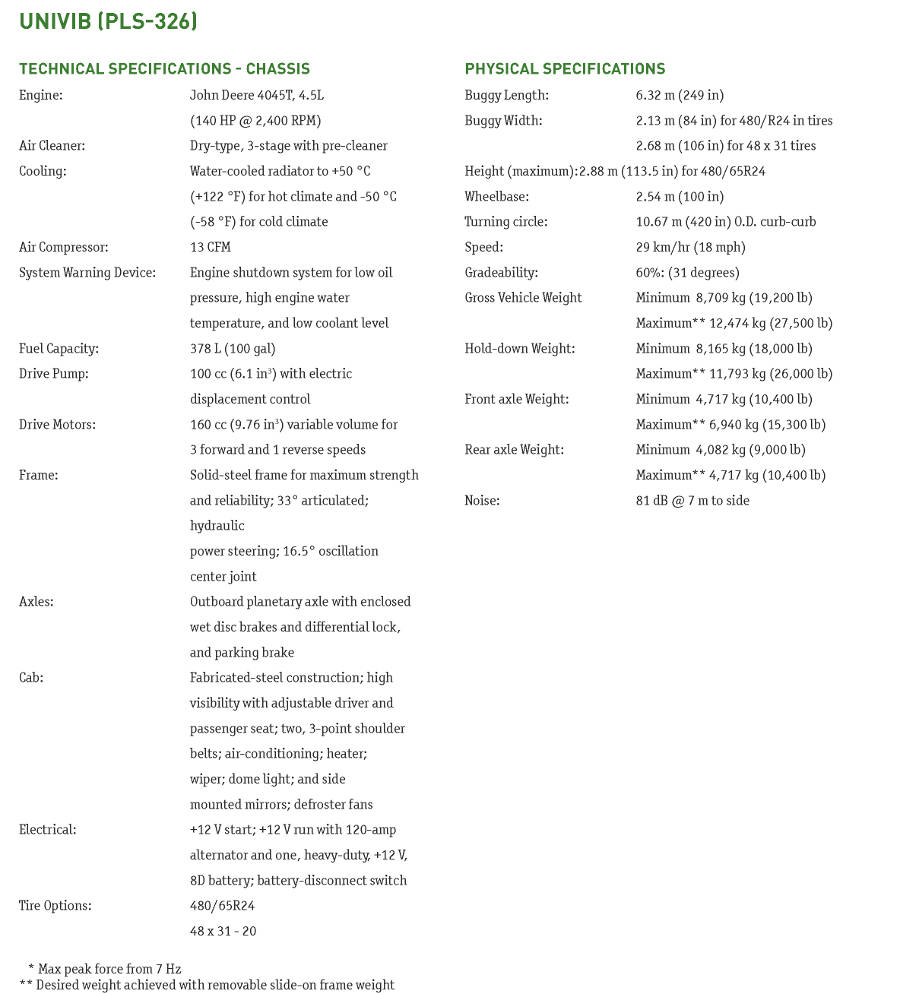 Congratulations to our long serving collegues

Yesterday our CEO, Steve Hearn, thanked the following people for their hard work and dedication.